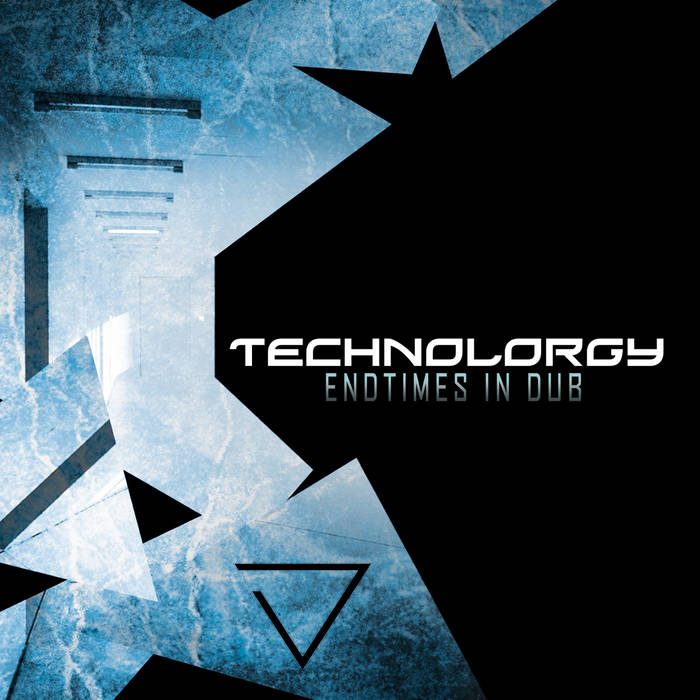 This digital edition of “Endtimes In Dub” rounds up the 3 remixes featured as bonus tracks on the original CD release of “Endtimes In Vogue” by GRENDEL, FGFC820 and PREEMPTIVE STRIKE 0.1, plus 3 others from STUDIO-X, fellow Greek outfit HEADSHOCK and the previously mentioned VPROJEKT one – all of which have previously appeared only on various compilations – and adds another 6 previously unreleased remixes from the likes of C-LEKKTOR, RUINIZER, TERRORKODE, SERAPHIM SYSTEM, AKTIVEHATE and another act based in Greece CHAMAELEON.

The CD version leads with TECHNOLORGY’s own “Endtimes In Vogue (Endtimes In Club Version) and instrumental “The Awakening”, followed by the “v2.0” version of “Escape” previously released only on the long-deleted DWA compilation promo-CD “Dying World Anthems”, followed by all 9 of the remixes not found on the original CD release of “Endtimes In Vogue”.
Accompanied by the original album as CD1, this 2CD release comes in jewelcase with accompanying 6-panel booklet and the entire package wrapped in an outer “O-card” - a layout all painstakingly redesigned from previously unpublished photos and unused designs – and is strictly limited to just 100 copies!