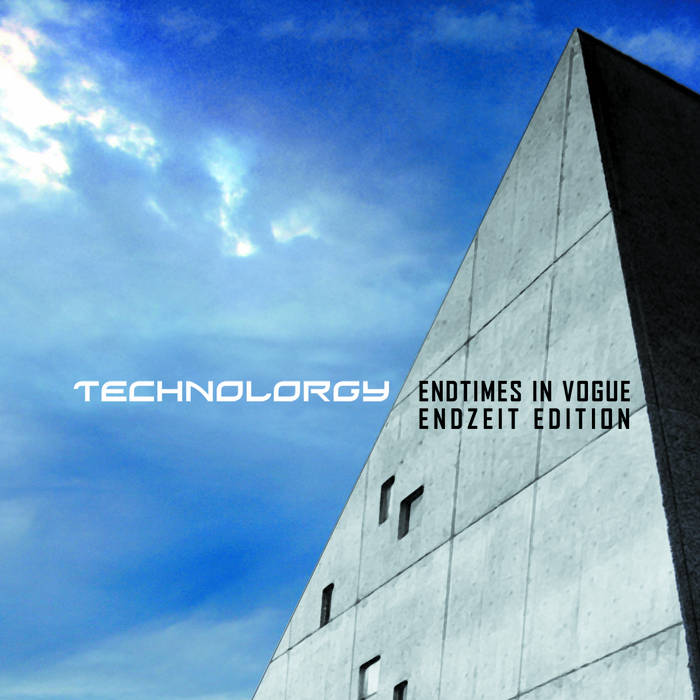 TECHNOLORGY’s “Endtimes In Vogue” was originally released at the tailend of 2012…and various remixers have subsequently been engaged throughout the last 12 months, not to mention TECHNOLORGY themselves who while ostensibly working flat out on a full follow-up album anticipated in early 2015 also made time to complete and contribute a couple of new bonus tracks of their own.

This reformatted expanded reissue was foreshadowed this summer to the sharp-eyed observer by the inclusion of a previously unreleased remix from VPROJEKT on the 12-track DWA compilation CD given away to 60,000+ lucky readers of “Orkus!” magazine this August…